The left bank of Bordeaux enjoys a kind of wine prestige that not many other regions in the world enjoy. The first growth classification system, with all its famous châteaux, can be dizzying to learn – but even more intimidating to pronounce. Here’s my guide to pronouncing some of the top appellations in this region. 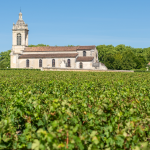 1. Médoc [MEH-DAWK]
Médoc is perhaps the most storied subregion in Bordeaux, thanks to the fact that 59 of the 60 original châteaux listed in the 1855 classification are situated there. Thankfully, its name is easier to pronounce than most of the château in that classification. It’s said almost exactly as written!

2. Saint-Estèphe [SAENT-ESTEPH]
Like its right bank religious cousin, Saint-Émilion, Saint-Estèphe also makes use of a shortened nasal in “Saint” and a liaison between the “T” and the “E” between words. I’ll be the first to admit, though, that both of these things take a lot of practice! 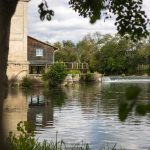 3. Pauillac [PO-I-YAC]
If you’ve taken Spanish, the concept of two “ll”s next to each other becoming a “y” sound won’t be so foreign. The same is true for French! Pauillac may look a bit intimidating but once you simplify the combinations, it’s smooth sailing. 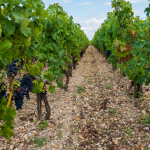 4. Saint-Julien [SAENT-JOO-LEE-AEN]
I’ll be honest: any words or names that include a soft French “J” in them are among my favorite French words to say. They’re soft, velvety smooth – just like a lot of these stunning Bordeaux wines. The trick to Saint-Julien is in both the first and the last nasal: nail them and you’ll sound as French as Emmanuel Macron. 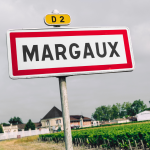 5. Margaux [MARGOH]
The tricky parts here are all in the second syllable. Quick tip: pretend the X isn’t there, and then remember that the “au” combination in French makes an “oh” sound instead of an “aw” sound as you might expect.

6. Pessac-Léognan [PAYSAK-LAY-OH-NYAW]
I think we can all agree this one is a bit intimidating when you see it on a label. The great news is that the first half of this appellation, “Pessac” is pronounced almost exactly as it looks, with the “C” at the end pronounced, too. The most difficult part here is at the end of Léognan, where the “gn” combination makes a “yuh” sound and leads right into a French nasal. Eep! When in doubt, just slow it down and sound it out. Practice makes perfect! 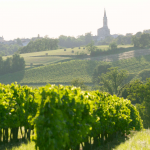 7. Graves [GRAHV]
Here’s a French tip: when you see an “A”, pronounce it like you would “Ah”. The open “Ah” sound is much more common in the French language. And of course, in keeping with tradition, the “S” here is silent. 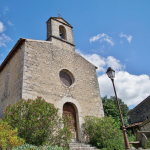 8. Barsac [BARSAK]
Yes, you read that right! Like “Pessac”, “Pauillac”, and “Médoc”, the C at the end of this word is pronounced as a K, instead of being silent. We can thank Southwestern French influence for that! 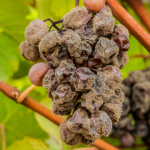 9. Sauternes [SOH-TAIRN]
These fabulous dessert wines are the gold standard for sweet wines around the world. But don’t let your English brain get the better of you! The first half of the word is pronounced “SOH” and not “SAW”. The “a” and “u” vowel combination consistently make this sound in French. Similarly, our English brains may want to pronounce the second half of the word as though it were the word “turn”, but the “e” combined with the “r” makes a sound more like our word: “air”. The more you know! 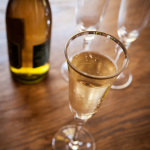 10. Crémant de Bordeaux [KREH-MAW DEU BORDOH]
This typically sparkling white or rosé appellation tends to be a little harder to find but it is well worth the search! It is produced across the entire Bordeaux region – left and right bank, as well as Entre-Deux-Mers. The first half of this word is really where the tricky part lies, but fear not: a hard “K” sound will quickly combine with the guttural “R”. From there, the nasal at the end just feels natural (or – at least to me). 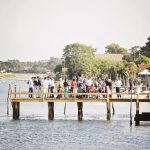 Bassin d’Arcachon [BASSIH-DAR-KA-SHAW]
If you’re visiting Bordeaux in the late spring or summer, you’d be remiss without a visit to the beautiful Bassin d’Arcachon. This beautiful basin is where you’ll find all the Bordelais boating, swimming, or lounging around on the beach and the views are fantastic.

Sel de Château (wine-soaked salts) [SEL-DEU-SHA-TOH]
Literally meaning “salt from the château”, these salts are sourced from the Southwest of France and are then soaked in wine. Rumor has it that it happened by accident at the port of Bordeaux when a cargo ship tipped over in a storm and soaked sea salts with wine from Bordeaux. The result? Deliciousness. I could imagine these salts doing wonders on mushrooms, steaks, or anything else that could pair with red wine! 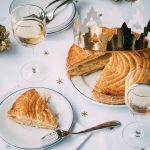 Galette des Rois [GALET DAY RWA]
Yes, the origin of king cake is French, but it looks nothing like New Orleans’ sugar overload. This is a brown puff pastry cake filled with frangipane that’s usually eaten on Epiphany. Instead of a baby in the middle, the baker hides a fève, which can be any little trinket (and not necessarily a plastic baby). Whomever finds the trinket first is named king or queen of the evening.

That’s all for our Rive Gauche pronunciation primer! Here’s hoping you’ve found this series helpful to your Bordeaux studies. Be sure to watch this blog for more pronunciation tips – and in the meantime, keep practicing!

Don’t forget to check out the Rive Droite pronunciation primer!

To learn more about Bordeaux, watch the virtual learning series,
How the Experts Tackle Bordeaux. 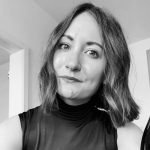 INTERVIEW WITH AURÉLIE MAZELLA, A WINE TUTOR IN BENIN At the age of 37, Aurélie Mazella has already had a rich career…
Read the article

How To Pronounce the Key Appellations in Bordeaux’s Right Bank

There’s no ifs or buts about it: one of the greatest obstacles in getting to know French wines is all the pronunciation…
Read the article