Estimated reading time: 3 min.
Go back to news
Bordeaux winegrowers have implemented numerous best practices to preserve and develop biodiversity in their vineyards. How are their efforts reflected in the field? Does the presence of animals and insects in the vineyards have an impact on viticulture?
Share

Biodiversity? “A buzzword coined in the 1980s to designate the diversity of living things… from the molecular level to entire ecosystems. It’s a far-reaching topic!” notes Adrien Rush, Head of Research at the INRAE (National Institute of Agricultural Research).

Biodiversity comes in many shapes and sizes in the Bordeaux vineyards, both at the macro level: flowers, butterflies, birds, bats, foxes, etc. and micro level: earthworms (visible fauna) and micro-organisms such as mites and springtails (invisible fauna).

Preserving biodiversity has been a key priority for winegrowers for over twenty years. “Protecting biodiversity can be considered from two different angles”, explains Adrien Rusch, who specializes in the functional relationship between agriculture, biodiversity and ecosystems. “The first challenge focuses on heritage and environmental and social responsibility in a bid to protect rare and emblematic species and re-diversify the landscape. The second challenge involves protecting biodiversity since it offers numerous benefits to vineyards, such as regulating insect pests and ensuring the proper functioning of the soil.” 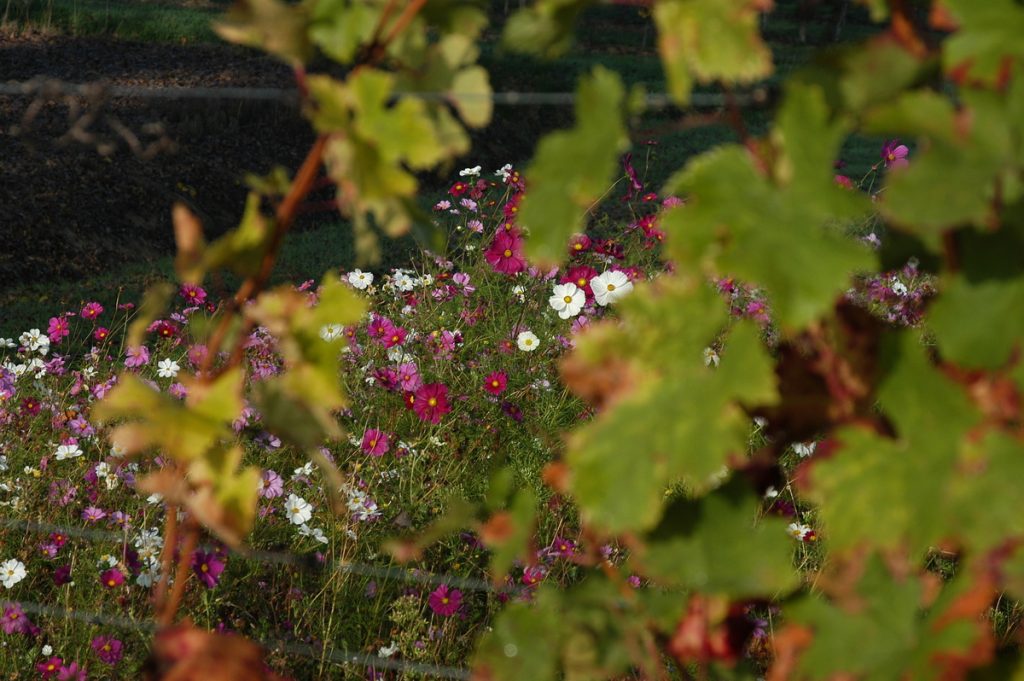 To meet these two challenges, Bordeaux winegrowers have implemented various developments to protect biodiversity throughout their vineyards.

At Château Nodot (Saint Christoly de Blaye), Jessica has preserved and diversified the viticultural landscape by replanting hedges and trees. Her vineyards are now made up of 8 hectares of vines and 12 hectares of prairies and woodland, with a network of ponds and water sources. Likewise, Noémie Tanneau, the young owner of the Château Saint-Ferdinand estate (Lussac Saint-Emilion), follows the same logic: “I aim to restore green infrastructure and continuity between all natural spaces, including meadows, ponds and streams to guarantee a wildlife corridor.”

The two young women also practice late mowing (during the summer solstice in late June), to preserve habitats and “offer fauna food and shelter”. “This is a philosophical principle”, Jessica Aubert explains. “I aim to repair the imbalances caused by vine monoculture.” Meanwhile, Noémie Tanneau “also thought of [her] daughters aged 6 and 8 who often enjoy playing in the vineyards”. She works in partnership with the Conservatoire Botanique du Végétal d’Aquitaine (CVRA), which keeps an inventory of plants in the countryside.

To preserve wildlife, the solution is not necessarily to create artificial nesting boxes and shelters, but to ensure that all kinds of animals reconnect with their natural habitats. Of course, some winegrowers have installed beehives and bee houses, sometimes in collaboration with beekeepers; but according to Jessica Aubert, structures to encourage the return of fauna can be relatively simple: “Leave a pile of stones to attract snakes, leave wooden structures open for bats and leave a small hole in sheds for owls and swallows… and just lay down some cardboard if you’re bothered by their droppings!”. 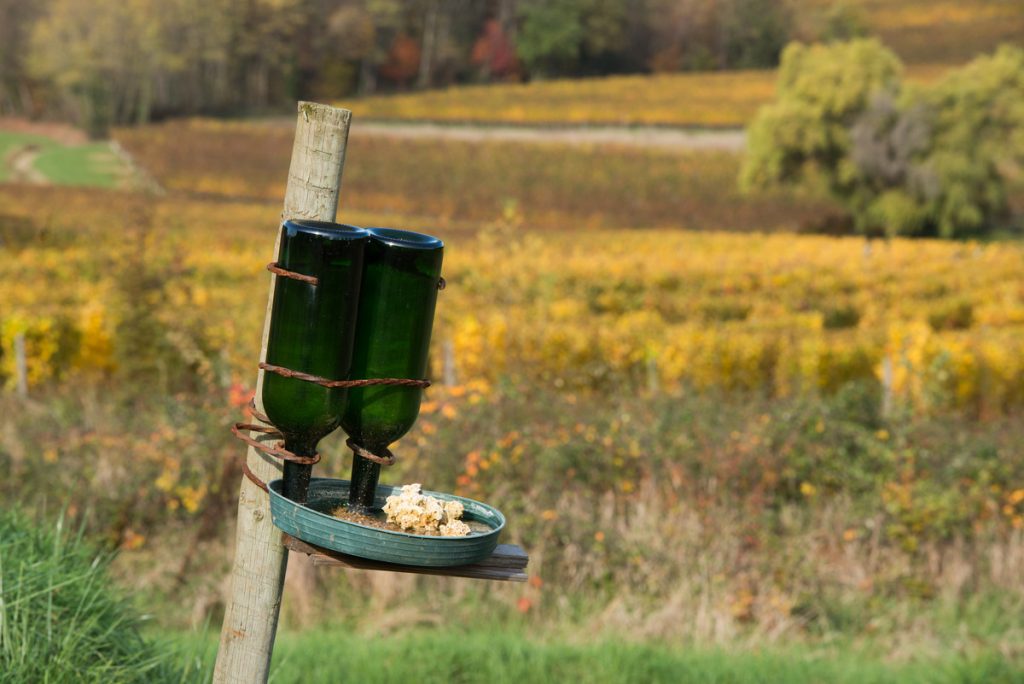 Over the past 11 years, she has observed visible changes in the vineyards: the abundant return of ladybirds, fireflies, stick insects, new kinds of slugs… “Just a few of the many species that were much rarer a few years ago.” The same is true at La Dauphine (Fronsac): “I have noticed a change in the past 10 years”, notes Stéphanie Barousse, Managing Director of the estate. “We see more insects, earthworms, foxes, deer, squirrels, hedgehogs, plus a wide variety of plants in the vineyards, such as mint, etc.”

We have noticed the soil is coming back to life; the vines are stronger, more vigorous and less puny.

Of course, biodiversity shouldn’t be seen as the solution to everything. “Planting hedges will not solve all our problems”, warns Adrien Rusch, who emphasizes the fact that the Bordeaux vineyards have to contend with pathogens linked to the temperate oceanic climate.

Nevertheless, protecting biodiversity can be a win-win strategy: some of the animals, birds and micro-organisms that have returned to the vineyards feed on insect pests that attack vines, helping to reduce (or even replace) treatments. Research by the French Bird Protection League has demonstrated the effectiveness of the pipistrelle (a bat frequently observed in the vineyards) in reducing the presence of grapeworm moths, which it eagerly devours at night. Meanwhile, ladybirds dote on leafhoppers – another vine pest. More generally speaking, “diversified cover crops increase biodiversity (insects, butterflies, bees) while improving the regulation of vineyard pests and enhancing soil fertility”, Adrien Rusch adds.

In terms of the soil, macrofauna and mesofauna help decompose organic matter and release nutrients, which ultimately help the vines. This fauna maintains soil fertility, limits the impact of pollution, ensures water reserves, etc. These are just a few of the many benefits for winegrowers in terms of vineyard management.

A major issue today, the Bordeaux Wine School includes initiatives to protect biodiversity in the vineyard in most of its training programs. Find the complete list of training programs organized by our accredited tutors and discover our “Sustainable wine region” module on the OenoBordeaux app.

INTERVIEW WITH AURÉLIE MAZELLA, A WINE TUTOR IN BENIN At the age of 37, Aurélie Mazella has already had a rich career…
Read the article
News

The left bank of Bordeaux enjoys a kind of wine prestige that not many other regions in the world enjoy. The first…
Read the article