Agroforestry is taking root in the Bordeaux vineyards

Planting trees and crops side by side? This practice is known as agroforestry, or “vitiforestry” when applied to the vineyards. It consists in replanting trees and bushes in and around vine plots. While winegrowers initially chose to plant rows of trees of the same species, diversity is now the watchword. In a bid to develop biodiversity and reduce the use of input products, an increasing number of Bordeaux estates are implementing this practice.

WHAT ARE THE ADVANTAGES OF AGROFORESTRY FOR VITICULTURE ?

Agroforestry offers numerous benefits. The tree’s roots sink deep into the soil to extract water and minerals, which are then more easily available to surface crops. Its roots also help improve the soil structure. They are conducive to the development of plant and animal life, in particular, mycorrhizae, an association between microscopic fungi and plant roots. Essential to soil fertility, mycorrhizae also increase vine resistance, limiting the use of copper treatments.

Trees are important allies in the fight against the growing issue of climate change. While shaping the landscape, they also create their very own microclimate. They moderate the harmful effects of the wind and limit both water stress, by storing rainwater and redistributing it to the soil, and heat stress, by providing shade.

They act as natural filters that reduce the pollution of water tables, and capture and store carbon. 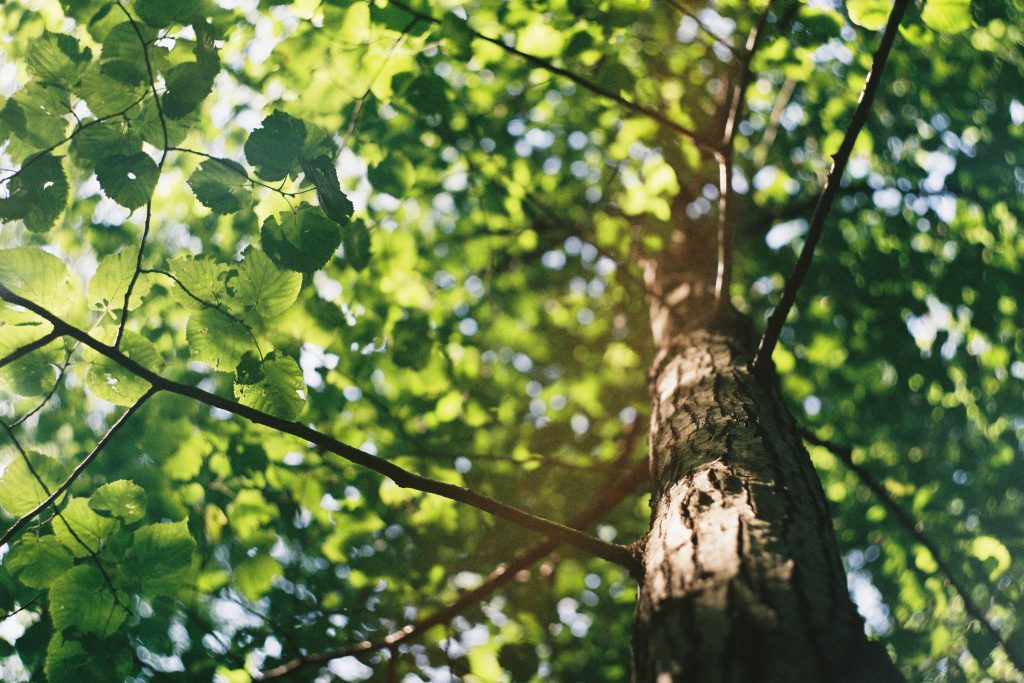 AGROFORESTRY IS WINNING OVER WINEGROWERS

Château Anthonic (Moulis-en-Médoc) was the first Médoc estate to launch a large-scale agroforestry initiative throughout its vineyards, certified as organic since 2019. A trained forestry officer and winegrower, Jean-Baptiste Cordonnier has managed the estate since 1993.

As part of my forestry background, I am familiar with the symbiosis between plants and trees. As time went on, I became increasingly aware of the need to use this knowledge to reintroduce trees in the vineyards.

He began by planting bushes around vine plots ten years ago, and has gradually gone full speed since then, until he switched to reintroducing trees when the vine plots were replanted five or six years ago. “Now, we plant trees whenever we replant vines. Every twenty vine rows, two are replaced by a row of trees,” he explains. As part of his biodiversity strategy, converting to organic viticulture seemed like an obvious choice to preserve the mycorrhizal fungi destroyed by mildew and powdery mildew treatments. In addition, he planted cover crops in between vine rows to increase plant biomass, humus and soil microbial life. It was a tremendous success, and the estate now provides for its own needs in terms of organic matter, complemented by local inputs where necessary (for example, manure from a neighboring farmer), with tangible results. “We are re-establishing microbial life in the soils, he notes. My organic matter content, which had been dwindling, has gradually increased over the past three years.”

Meanwhile, in Barsac, Marie-Pierre Lacoste, a winegrower at Château La Clotte–Cazalis , began by replanting trees on palus* used for growing cereal on the banks of the Garonne River, to help retain nutrients in the soil. Her thoughts gradually turned to the vineyards. In her view, vines fared better in their original habitat in the middle of the forest, where they benefited from root connections, rather than when they were isolated. In a bid to “reconnect the vines to the trees,” she conducted her first agroforestry trials in 2017 in a new 1.3 hectare plot used to make dry white wines.

Every twelve vine rows, I would plant a hedge consisting of a diverse array of fruit trees, spaced six meters wide, often using local species, and other species in between, such as small fruit trees or botanical plants.

This spacing allows birds and bats to circulate. Four years later, the results are being felt. “You can really sense the biodiversity. There’s a growing number of birds and insects. And the trees create their very own microclimate, contributing aromatic freshness in wines”, she highlights. This year, she went one step further and planted trees to replace missing vines in plots.

INTERVIEW WITH AURÉLIE MAZELLA, A WINE TUTOR IN BENIN At the age of 37, Aurélie Mazella has already had a rich career…
Read the article

Biodiversity? “A buzzword coined in the 1980s to designate the diversity of living things… from the molecular level to entire ecosystems. It’s…
Read the article